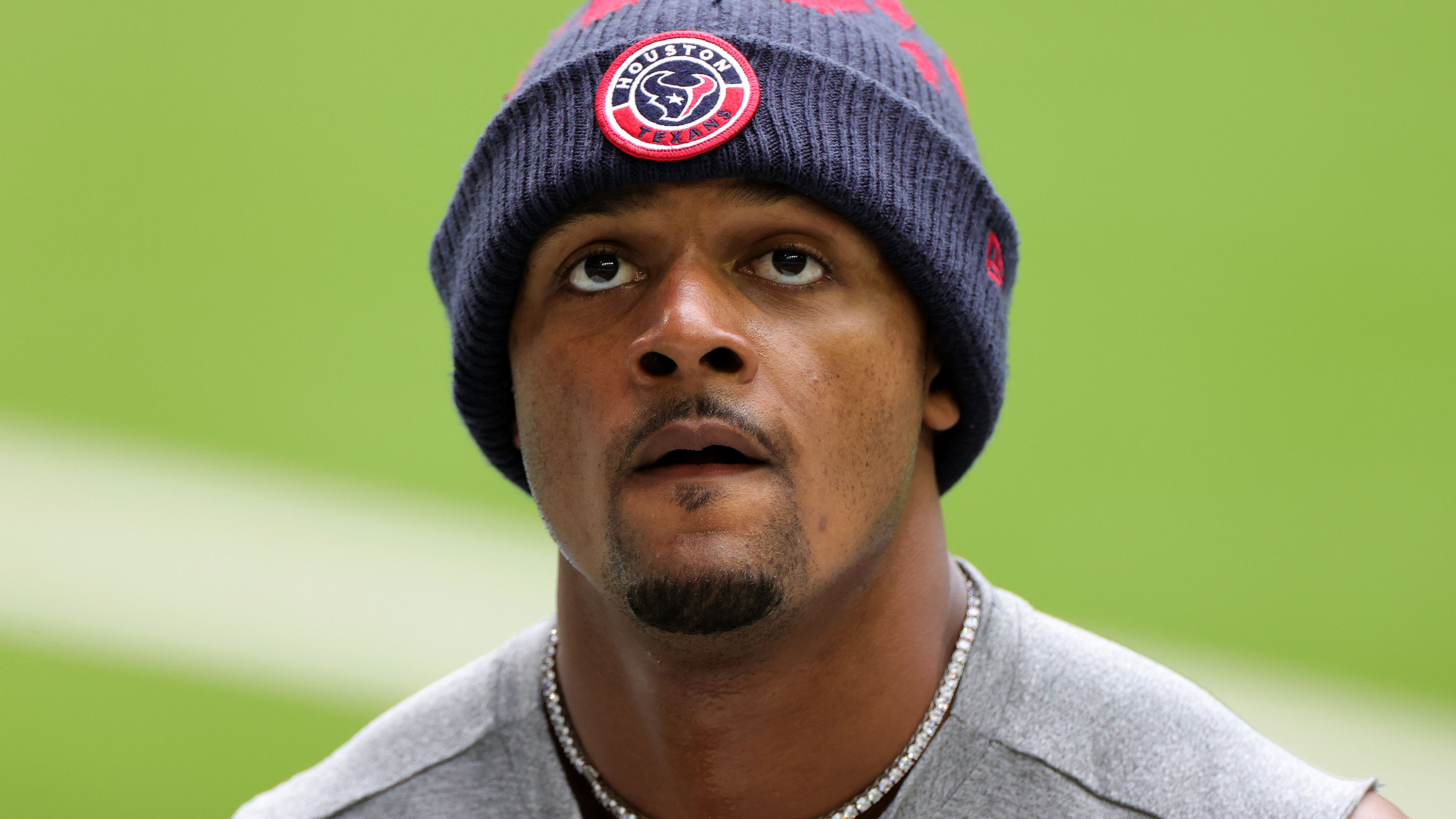 Two massage therapists who have accused Houston Texans quarterback Deshaun Watson of misconduct during massages identified themselves during a news conference Tuesday held by Tony Buzbee, an attorney for more than 20 women who have filed civil lawsuits against Watson.

Watson denies any wrongdoing. Immediately following the news conference, Deshaun Watson’s attorney Rusty Hardin released a written statement, claiming that “Buzbee sought $100,000 in hush money on behalf of Ms. Solis to quietly settle the allegations the month before he filed the first lawsuit.”

A tearful Ashley Solis, identified by Buzbee as the first woman to come forward and file a lawsuit alleging civil assault and intentional infliction of emotional distress against the NFL quarterback, read a statement during Tuesday’s news conference, providing a few details to media about her alleged encounter with Watson.

Reading a prepared statement, Solis mentioned a moment during massage therapy where she says the quarterback’s penis touched her. She did not elaborate further.

In Solis’ lawsuit, she went into further detail about the encounter. Solis alleges in the lawsuit that “several times he (Watson) specifically kept trying to direct her to his penis.”

“At one point, he purposely exposed the tip of his penis from under the towel. Watson was at this point fully erect and moved his body so he could expose himself more,” the lawsuit states. “As a result of his moving of his hips, Watson purposely touched Plaintiff’s hand with the top of his erect penis.”

Solis also said in Tuesday’s statement she has panic attacks, anxiety and depression after the encounter, and is now in counseling. “I hope he knows how much pain he has inflicted on me emotionally and physically,” Solis told reporters. Buzbee says Solis has made a statement to police.

Another woman who has also filed a civil suit against Watson, Lauren Baxley, gave attorney Cornelia Brandfield-Harvey, an attorney at The Buzbee Law Firm, permission to read a letter she wrote to Watson, where she detailed Watson allegedly exposing his aroused penis to her, touching her with his penis and telling her to “‘just grab it’ if it was in my way” multiple times. Baxley said Watson was “nothing more than a predator with power.”

“Each case describes a strikingly similar pattern of behavior (by Watson),” Buzbee said during the news conference.

Watson’s attorney, Hardin, released a statement in response to Buzbee’s news conference, saying: “At a press conference today, attorney Anthony Buzbee introduced the first plaintiff to the media. She identified herself as Ashley Solis. In her remarks, Ms. Solis stated: ‘People say that I’m doing this just for money. That is false.'”

In the statement, Hardin disputes the claim that this is not about money, “Mr. Buzbee sought $100,000 in hush money on behalf of Ms. Solis to quietly settle the allegations the month before he filed the first lawsuit.”

Hardin’s statement included transcripts of emails he said were from Buzbee’s firm, which included Buzbee’s demand for $100,000 as part of settlement negotiations in early February, though the exchanges do not include any reference to doing it quietly.

CNN reached out to attorney Tony Buzbee for a response to Hardin’s claim that he sought a $100,000 payment. Buzbee told CNN in a statement: “It’s old news that we attempted to settle this matter with Watson’s team before filing the first case. We wanted to avoid this circus that Watson’s team has created. The fact that we tried to settle before the first suit came out was an attempt to avoid the trauma caused by exactly what we expected from Watson’s team.”

Buzbee added: “I can’t be bullied. More importantly, these women won’t be bullied. The only defense that the Watson team has mustered so far is that we tried to avoid litigation. It’s an extremely weak defense. Now there are 22 cases, the 23rd is coming. Perhaps Watson’s team should have listened to me when they had the chance. Not smart.”