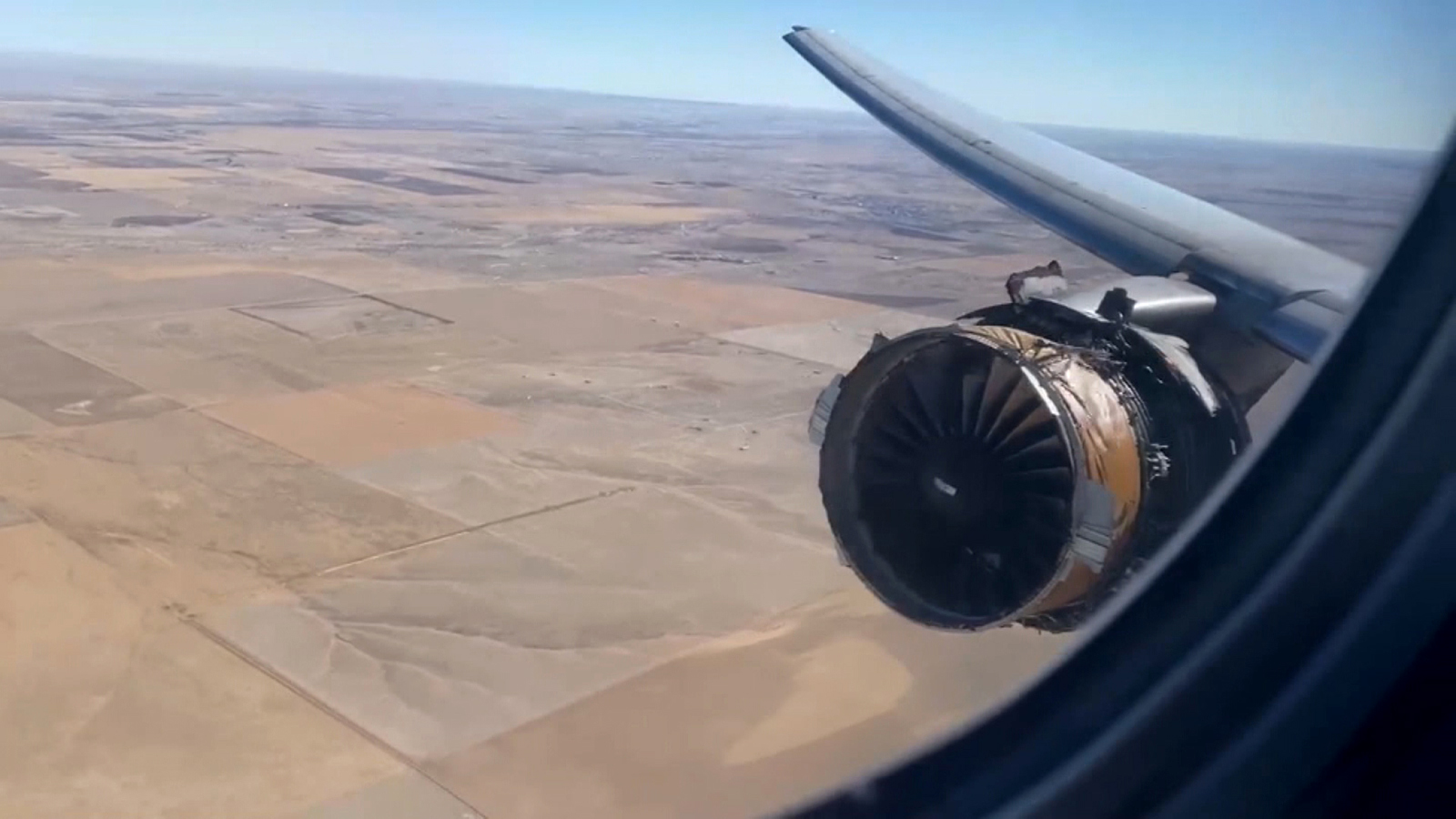 Late last year it seemed Boeing was finally on the verge of moving past some of the biggest challenges in its history. US regulators lifted the 20-month grounding of the 737 Max, and Covid-19 vaccine approvals raised hopes for back-to-normal demand for air travel and aircraft purchases.

But now Boeing faces perhaps a more serious long-term problem: the near collapse of the market for widebody passenger jets, which is crucial to the company’s sales.

And that problem only got worse Saturday with the grounding of 69 of its 777-model jets following the frightening engine failure on a United Airlines flight out of Denver on Saturday.

The failure rained aircraft parts onto a suburban neighborhood. Fortunately no one on the ground was hurt and the plane was able to land with no injuries. But the vivid videos shot by passengers of the burning remains of the engine and news photos of holes in residents’ roofs and huge pieces of the plane in front yards certainly brought Boeing a lot of unneeded attention.

It’s the latest in a list of problems for various Boeing twin-aisle models — and the lucrative widebody jet business is important for the company, because that’s where it holds the clear lead over rival Airbus, which is first in single-aisle jet sales.

In fact, the latest 777 grounding may be the least serious of Boeing’s widebody problems, even if the headlines are the the most glaring.

“The Max was a challenge, but it was fixable,” said Richard Aboulafia, aerospace analyst with the Teal Group, referring to the process to fix the safety feature that caused two crashes that killed 346 people. Beyond that human toll, the grounding cost Boeing more than $20 billion.

But several other issues Boeing faces are not so easy to fix.

Part of the underlying, ongoing challenge in this realm is the pandemic. Twin-aisle planes most often fly international routes, and international travel will likely be severely hampered long after domestic travel rebounds as governments around the globe impose new Covid testing and quarantine restrictions on passengers taking cross-border flights.

And even before the pandemic and the 737 Max grounding, Boeing has lagged in the single-aisle plane market.

Rival Airbus has more sales in that part of the market — along with a shiny new long-range single-aisle plane for which Boeing does not have a competitor. And with airlines moving toward using single-aisle rather than widebody jets on more routes, Aboulafia said Boeing’s competitive disadvantage is a more serious long-term threat to the company than the Max grounding.

“If I would point to one issue of concern that would be the widebody market,” said Cai von Rumohr, aerospace analyst for Wall Street firm Cowen.

Beyond the existing Max challenges and new 777 grounding, Boeing has already announced plans to shutter a 787 factory in Washington state in the coming months since it needs to cut back production due to weak demand. The company expects to build only five 787 Dreamliners and two 777s or 777Xs each month, less than half of the pre-pandemic production rate for those aircraft.

Von Rumohr said with the much slower production rate on those twin-aisle jets, Boeing will be much closer to breaking even than making money on widebodies. He said it will probably depend on sales of 777 freighters rather than passenger planes if they are going to turn a profit on those models. But even with strong demand for freighters, he expects Boeing to report its third straight year of losses in 2021.

The more serious challenge involves the 787 Dreamliner, of which Boeing halted deliveries late last year due to problems with its horizontal stabilizer. On Friday the FAA ordered inspections of more than 200 of the 787s due to torn decompression panels in cargo holds that the FAA said poses a risk to the aircraft if a fire were to break out in the holds.

Von Rumohr said it is uncertain whether or not customers who have ordered the 787 Dreamliners will be willing to take delivery of the planes once the problems are fixed.

Meanwhile completion of the 777X, the company’s newest passenger jet, is way overdue, partly because of problems with the development of its GE engines, and partly because of decreased demand for the planes. That aircraft also had a problem during safety tests in September 2019. Boeing now doesn’t plan to deliver the first 777X until late 2023.

The 777 grounding after this weekend affected 69 planes that were in service with engines built by Pratt & Whitney. (Another 59 of the company’s 777s with those engines were already out of service due to lack of demand.)

The Pratt & Whitney engines that failed on the United flight — and on a 747 freighter the same day in the Netherlands — are no longer used in newer versions of either of those jets. Boeing has already announced plans to discontinue the 747 sometime next year.

The exact cause of the two engine failures over the weekend has yet to be determined. Given how long the engines have been in use, it’s unlikely that it was a design issue but could instead be a manufacturing or a maintenance problem. “It could accelerate the retirement of some of these older 777s, but that’s not a major problem for Boeing,” said Aboulafia. The problem is more likely to be with the engine than the plane itself, von Rumohr said.

Delta announced in May that it would retire all 18 of its 777 jets, even though eight of the planes had only been in service for a relatively brief 10 years.

Aboulafia said these widespread problems don’t mean Boeing planes are not safe. But he said the issues do underscore a growing challenge for a company that once was recognized as a safety leader.

“I think Boeing has a serious issue in terms of technical execution related to new plane development,” Aboulafia said. “Other than the Max, it hasn’t been a safety issue. But you could see it becoming a safety perception problem if they’re not careful.”