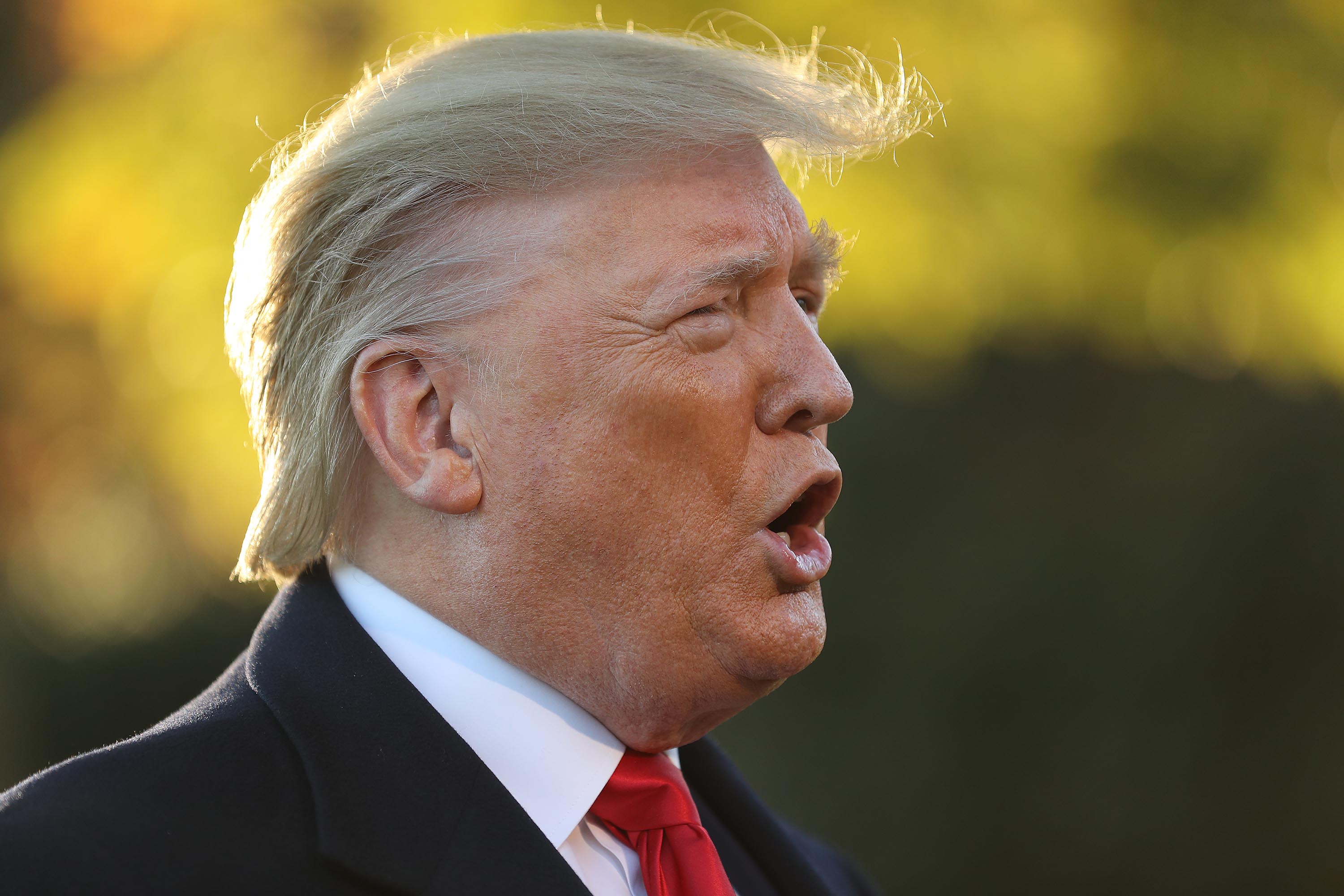 Less than two months before Election Day, President Donald Trump took his campaign tactics against Joe Biden to a new low, retweeting an image on Tuesday that baselessly accused the former vice president of being a pedophile.

The tweet Trump shared reads, “We can beat them at their game .. #PedoBiden” and includes a gif of Biden leaning in to whisper into an adult woman’s ear with his hands resting on her shoulders.

In the gif, Biden leans in to say something to Stephanie Carter, former Defense Secretary Ash Carter’s wife, during his swearing-in ceremony 2015. Since Biden’s entrance into the 2020 race, the image has been utilized by critics to suggest the former vice president has been physically inappropriate toward women.

But Stephanie Carter says it’s no such thing, writing in 2019 that in the moment captured on camera, she felt she was being comforted by Biden when “he could sense I was uncharacteristically nervous.”

Carter added: “After the swearing in, as Ash was giving remarks, he leaned in to tell me ‘thank you for letting him do this’ and kept his hands on my shoulders as a means of offering his support. But a still shot taken from a video — misleadingly extracted from what was a longer moment between close friends — sent out in a snarky tweet — came to be the lasting image of that day.”

According to a Twitter spokesperson the tweet Trump retweeted Tuesday that falsely accused Biden of being a pedophile “is currently not in violation of the Twitter rules.” The spokesperson did not explain why.

The tweet comes less than a week after Trump himself was accused of making inappropriate comments about an underage girl.

Samantha Cohen, the daughter Trump’s former lawyer, Michael Cohen, said she was taken aback by his behavior toward her father during a 2012 incident in which her father says Trump leered at her.

Michael Cohen, who spent time in prison earlier this year for fraud and tax evasion, lying to Congress and campaign finance violations, detailed the allegation in his recently released book, according to Vanity Fair.

According to Vanity Fair, Trump called Samantha Cohen, then 15 years old, a “piece of a–.” And when Michael Cohen informed him that Samantha was his daughter, Trump reportedly responded: “That’s your daughter?” … “When did she get so hot?”

Trump has also been accused of sexual harassment by more than a dozen women (allegations he denies) and has been caught on tape bragging that his star power allows him to grab women by their genitals and kiss them (comments he’s apologized for).

Ahead of the final months of an election, the President has previously signaled that he’s willing to deal low blows against his opponent, including accusing him of using performance enhancing drugs to get through Democratic primary debates.

Not occurring in a vacuum

The President’s misinformation tweet about Biden and Carter is not occurring in a vacuum.

Since its origin three years ago, QAnon has festered in the darker corners of the internet. Now the group’s followers, who call themselves “believers,” have found a niche on social media and within the Republican Party.

QAnon began as a single conspiracy theory. But its followers now act more like a virtual cult, largely adoring and believing whatever disinformation the conspiracy community spins up.

Its main conspiracy theories claim dozens of politicians and A-list celebrities work in tandem with governments around the globe to engage in child sex abuse. Followers also believe there is a “deep state” effort to annihilate the President.

There’s no evidence that any of what QAnon claims is factual.

Followers make unfounded claims and then amplify them with doctored or out-of-context evidence posted on social media to support the allegations.

Trump has embraced QAnon. He’s personally amplified its theories on social media and has endorsed a congressional candidate who openly ascribes to the conspiracy movement.

As Biden competed in the Democratic presidential primary in 2019, multiple women did come out publicly to say the former vice president had made them feel physically uncomfortable when they interacted with him in-person.

In his acknowledgment of the accusations last year, Biden said in a video that “the boundaries of protecting personal space have been reset.”

“I understand it and I’ll be much more mindful,” he added.

Tara Reade, a former Senate aide for Biden, has also accused Biden of sexually assaulting her while working for his office in 1993.

CNN previously reported that Reade altered her public telling of how Biden behaved with her, as has one of her close friends who has been a key corroborator of Reade’s assault allegation. Victims of domestic and sexual violence do not always tell consistent stories about their abusers and their experiences, and Reade has said she did not widely share the allegation against Biden around the time that she says it happened, making contemporaneous corroboration difficult to come by. Biden has vehemently denied Reade’s allegations, and no ex-Biden staffer has publicly said they ever witnessed or heard about any kind of sexual misconduct in his Senate office.

Biden’s political opponents, including the President’s son, have seized on the accusations.

The President has also used Twitter more than once to suggest Biden is guilty of being physically inappropriate with women or to call him “creepy.”

The tactics are not dissimilar from 2016 when he baselessly accused Hillary Clinton of taking drugs ahead of a debate. And as he faced allegations of sexual misconduct which he angrily denied in 2016, then-candidate Trump held an appearance with three women who have accused former President Bill Clinton of inappropriate sexual behavior.