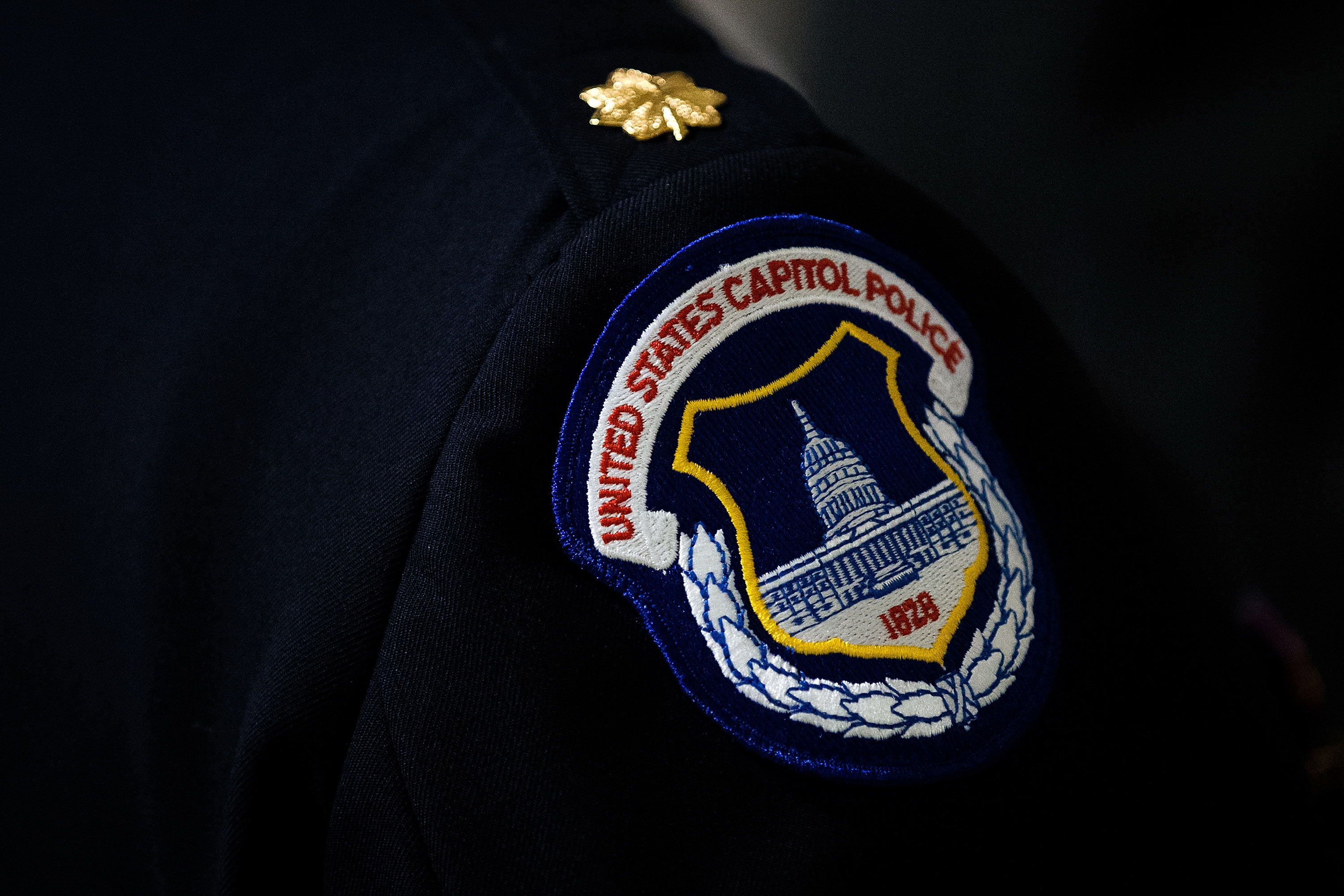 Acting US Capitol Police Chief Yogananda Pittman said Wednesday that the agency had taken action ahead of the January 6 riot based on intelligence that extremists planned to participate in the preceding rally and planned to be armed, but that the intelligence failed to predict the scope of the attack, which would ultimately overwhelm officers when the Capitol was breached.

Had there been better intelligence of the coordinated attack, Pittman suggested, the US Secret Service might not have brought Vice President Mike Pence — a target of the insurrectionists — to the Capitol to oversee the certification of the November election that day, according to her testimony released ahead of a House Appropriations Committee hearing on Thursday.

“The Department’s preparations were based on the information it gathered from its law enforcement partners like the FBI and others within the intelligence community, none of which indicated that a mass insurrection of this scale would occur at the US Capitol on January 6th,” Pittman said in her testimony.

“Nor did the intelligence received from the FBI or any other law enforcement partners include any specific credible threat that thousands of American citizens would attack the U.S. Capitol,” she added. “Indeed, the United States Secret Service brought the Vice-President to the Capitol for the election certification that day because they were also unaware of any specific credible threat of that magnitude.”

Pittman said in her written testimony that the department’s Intelligence and Interagency Coordination Division had produced as many as four intelligence assessments leading up to the riot January 6, with the final assessment showing that members of militias, White supremacists and other extremist groups would participate in the rally and planned to be armed.

The final assessment, Pittman wrote, prompted Capitol Police to post Dignitary Protection Agents at the homes of some congressional leaders, deploy other agents of that unit to the Ellipse to protect members of Congress and post evacuation vehicles for congressional leadership on the day of the rally.

But Pittman says the intelligence failed to foresee the scale of the attack that would take place on January 6, with thousands of rioters overwhelming outnumbered Capitol Police officers and breaching the Capitol. The intelligence told them to prepare for a protest, Pittman plans to say — but never indicated a coordinated attack.

Another top law enforcement official will tell House lawmakers Thursday that problematic intelligence and a breakdown in sharing information between law enforcement agencies contributed to the security failures on January 6 when the US Capitol was overrun by a violent pro-Trump mob.

Acting House Sergeant at Arms Timothy Blodgett will say in his prepared remarks that the intelligence prior to January 6 was an issue, citing a January 3 US Capitol Police bulletin as an example of contradictory information that was provided to law enforcement agencies prior to the attack.

Blodgett will say that this USCP bulletin contained some warnings that the January 6 protests could turn violent and would be different than previous MAGA marches. But he also plans to say the bulletin alsmaintained that January 6 was expected to be similar to previous MAGA marches and he believes that assessment was used to inform the security preparations for the day.

“The January 3rd intelligence assessment from the Capitol Police has been touted as including information that makes it clear that January 6th would become violent,” Blodgett will say.

“Indeed, on page 13 of the document, the assessment states that ‘[t]his sense of desperation of and disappointment may lead to more of an incentive to become violent. Unlike previous post-election protests, the targets of the pro-Trump supporters are not necessarily the counter-protesters as they were previously, but rather Congress itself is the target on the 6th.’ Taken by itself, the language is a warning,” he adds.

Blodgett will then go on to explain that the January 3 USCP bulletin seemed to contradict itself, and that he believes security preparations were informed by an assessment that the January 6 protests were expected to be “similar to previous Million MAGA March rallies in November and December 2020.”

“As we now know, the events of January 6th were not like the previous Million MAGA marches or any other rallies we had ever held on Capitol grounds. The intelligence provided to the Capitol Police and other law enforcement did not anticipate a coordinated attack Warnings should not be qualified or hidden,” Blodgett adds.

Pittman’s testimony offers some new details on the actions the department took based on intelligence that many now say was either incomplete or poorly analyzed.

As assistant chief of Protective and Intelligence Operations, Pittman oversaw the department’s security details for members of Congress, investigations, physical security of the building, intelligence and interagency cooperation.

Pittman wrote that the final assessment had pushed the agency to increase the size of member protective details from four agents to six, to expand the number of civil disturbance units, to bring those officers in hours earlier than normal and to deploy SWAT teams to act as counter-assault ground teams, including snipers.

Pittman said that once the Capitol had been breached, “the Department’s priority was evacuating Members.”

She acknowledged several shortcomings in the US Capitol Police response, including that a lockdown of the building was “not properly executed” and that officers were unsure when to use lethal force. She said US Capitol Police was addressing both issues with additional training and guidance.

On Thursday, Pittman will echo many of the observations and recollections of her former boss, ex-Capitol Police Chief Steven Sund.

In her testimony, she wrote that the department had known that “unlike previous post-election protests, the targets of demonstrator (sic) would not be other branches of government or counter-protestors, but rather Congress and the Joint Session Certification process.”

“Based on this assessment, the Department understood that this demonstration would be unlike the previous demonstrations held by protestors with similar ideologies in November and December 2020,” she wrote.

On Tuesday, Sund testified that he had never seen a critical FBI memo that warned of a “war” on the Capitol. He testified that Capitol Police intelligence officials had reviewed the memo but never sent it to him.

Blodgett will echo testimony from his predecessor from earlier this week by saying the sergeant at arms never received that memo.

“Finally, as far as I am aware, the Office of the Sergeant at Arms did not receive the information produced by the Norfolk FBI office — perhaps the most vital intelligence — even though the USCP’s own timeline of events noted that the USCP task force agent embedded with the FBI emailed the memorandum up the chain of command. My predecessor testified he did not receive it,” the prepared remarks say.

This story has been updated with additional prepared testimony.