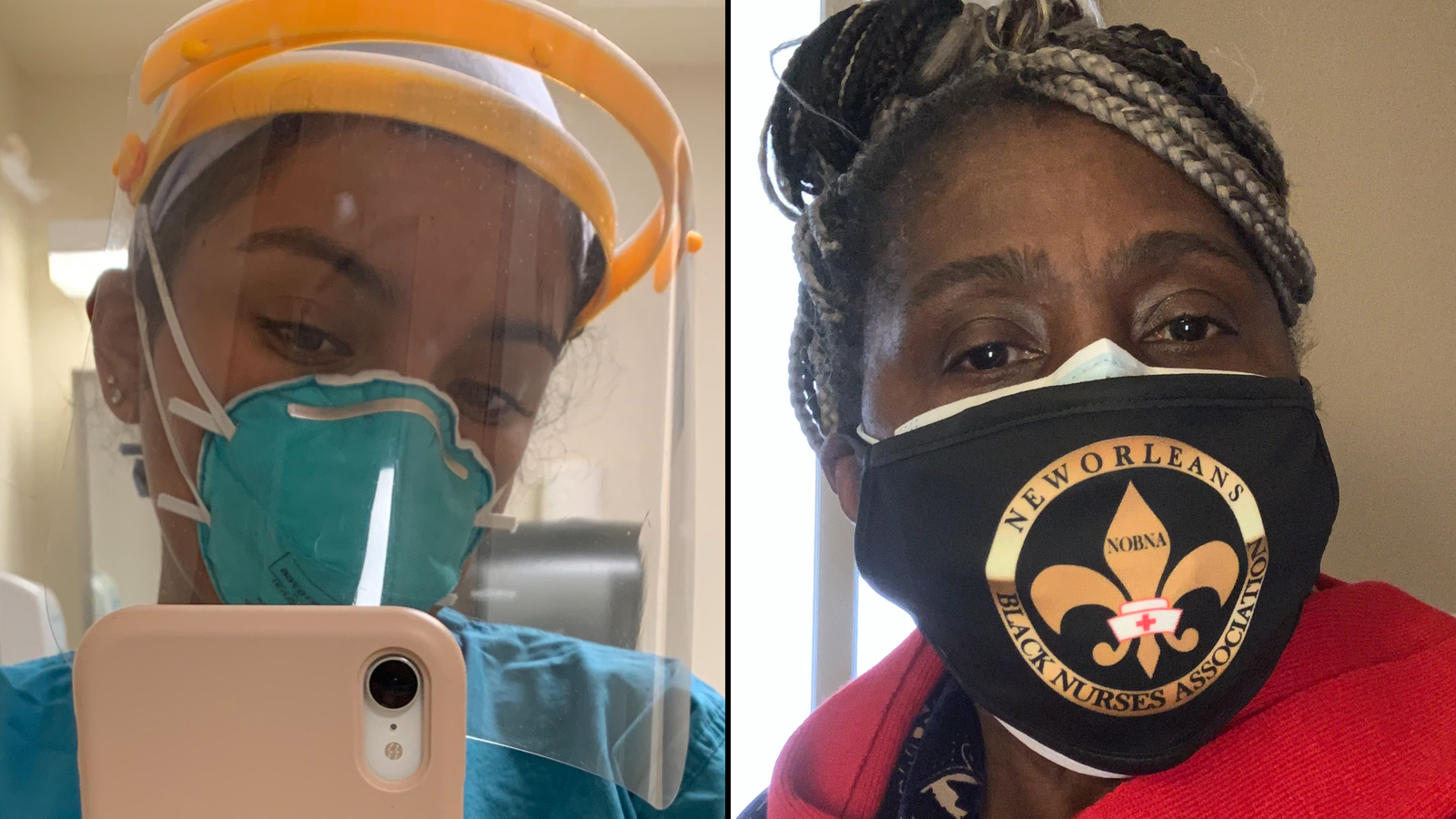 Throughout Olivia Thompson’s 12-hour shift as a cardiac and Covid-19 nurse in Chandler, Arizona, she closely monitors the oxygen levels of several patients at a time and works with other medical specialists to heal them.

For some, no amount of care Thompson gives prevents them from being transferred to the Intensive Care Unit.

“There were times where I was dreading going to work because of the unknown,” Thompson said. “Am I going to be a good nurse for my patients? Am I going to make a mistake?”

Thompson graduated from Arizona State University in May 2020 and became a registered nurse in July 2020. She is now one of many Black nurses working on the frontlines of the pandemic in the United States.

Nurses are often the first medical professionals a patient will see, and most nurses have a great deal of contact with patients throughout their care, said Maysa Akbar, chief diversity officer at the American Psychological Organization. In addition to the stress they face as medical professionals, Black people are generally more likely to have feelings of sadness, hopelessness and worthlessness than White adults, according to Mental Health America.

Black nurses are also dying from the virus at a disproportionate rate. Almost 18% of the US nurses who have died from Covid-19 and related complications as of September were Black, but Blacks make up only 12% of the nurse population, according to National Nurses United.

Thompson says there are times when she said she comes home “absolutely defeated,” so on those days, she gives herself the space to process her emotions by talking with her family and watching television.

“If I don’t take care of myself, I can’t turn around and go back to my next shift and be a good nurse,” Thompson said.

More than 17% of Black adults in the US had a mental illness in 2019, according to the National Institute of Mental Health. But people in the Black community can have a hard time reaching out for mental health care, said Cheryl Taylor, chair of the school of nursing at Southern University in Baton Rouge, Louisiana.

She said it’s important to feel safe when opening up to a mental health care professional, and that’s not easy for Black people, who have a history of not being respected in the mental health world.

One way to increase the chances of Black people receiving quality mental health care is to see a mental health professional of the same race, Kelly recommended.

A client could think, “this person might be able to understand what I’m going through and may not treat me as an inferior,” Kelly said.

It can be difficult, she said, because it is much easier to search for male or female psychologist preferences versus one of color. Only 4% of US psychologists were Black as of 2015, according to the APA.

It is also important that therapists allow their patients to feel comfortable talking about racism and discrimination, Akbar said.

If patients “don’t talk about how racism may have been one of the drivers to experiencing depression in the first place, then we’re leaving out a huge component of the therapeutic process,” Akbar said.

Taylor listens to her nursing students’ struggles as they get hands-on practice in hospitals while navigating the difficulties of the pandemic. She said one of her students told her, “I’m not accustomed to dealing with death and dying, and I lost four patients today.”

She’s seen nurses and students studying to become nurses suffering from compassion fatigue, feelings of stress and exhaustion that come from helping those in need.

Black women who are nurses also face a stereotype of being “a strong black woman, super-resilient,” Taylor said.

“Yes we’re strong, but not so strong that we don’t need help,” Taylor said.

The program has a series of videos and podcasts centered around relieving stress and seeking professional help when you need it that are free to everyone.

If a nurse needs to communicate with a mental health professional while on a break to “simply blow off steam because they’re seeing too many things within the hospital,” they have access to an unlimited number of telephone calls and text messages to do that, Gorham said.

Trilby Barnes, a nurse in New Orleans, said she has participated in the free counseling after trying to stay resilient during the pandemic.

“Taking your guard down and listening to what someone would advise you to do for you is healing,” Barnes said.

She works as a telephonic triage nurse, listening to people’s health needs and giving guidance on what they should do next for their care. Since the start of the pandemic, Barnes said the number of calls she’s received has skyrocketed.

People would call her in “sheer panic mode” worried over their possible Covid-19 symptoms. Barnes said it was difficult to give sound advice, even though people’s lives depended on it, when not much was known about the virus at the beginning of the pandemic.

When Thompson took care of her first Covid-19 patient after graduating, she turned to a nurse and said, “I literally have no idea how to even take care of this patient because it’s never something we learned in nursing school.”

You never know what’s going to happen to your patients, she said, and they can decline very quickly. Thompson said it made her realize the importance of being a compassionate and caring nurse.

“I can possibly be one of the last people that these patients see, and I think that was something that kind of hit me hard,” Thompson said.

Thompson says she’s looked into mental health support in the past, but navigating those resources for the first time can be “overwhelming,” which has contributed to her not taking that first step.

Nurses shouldn’t hesitate to reach out for mental health support when they need it, Taylor said, because it means they’re practicing what they preach as nurses.

“Give yourself permission to be as compassionate with yourself as you are with others,” Cheryl Taylor said.