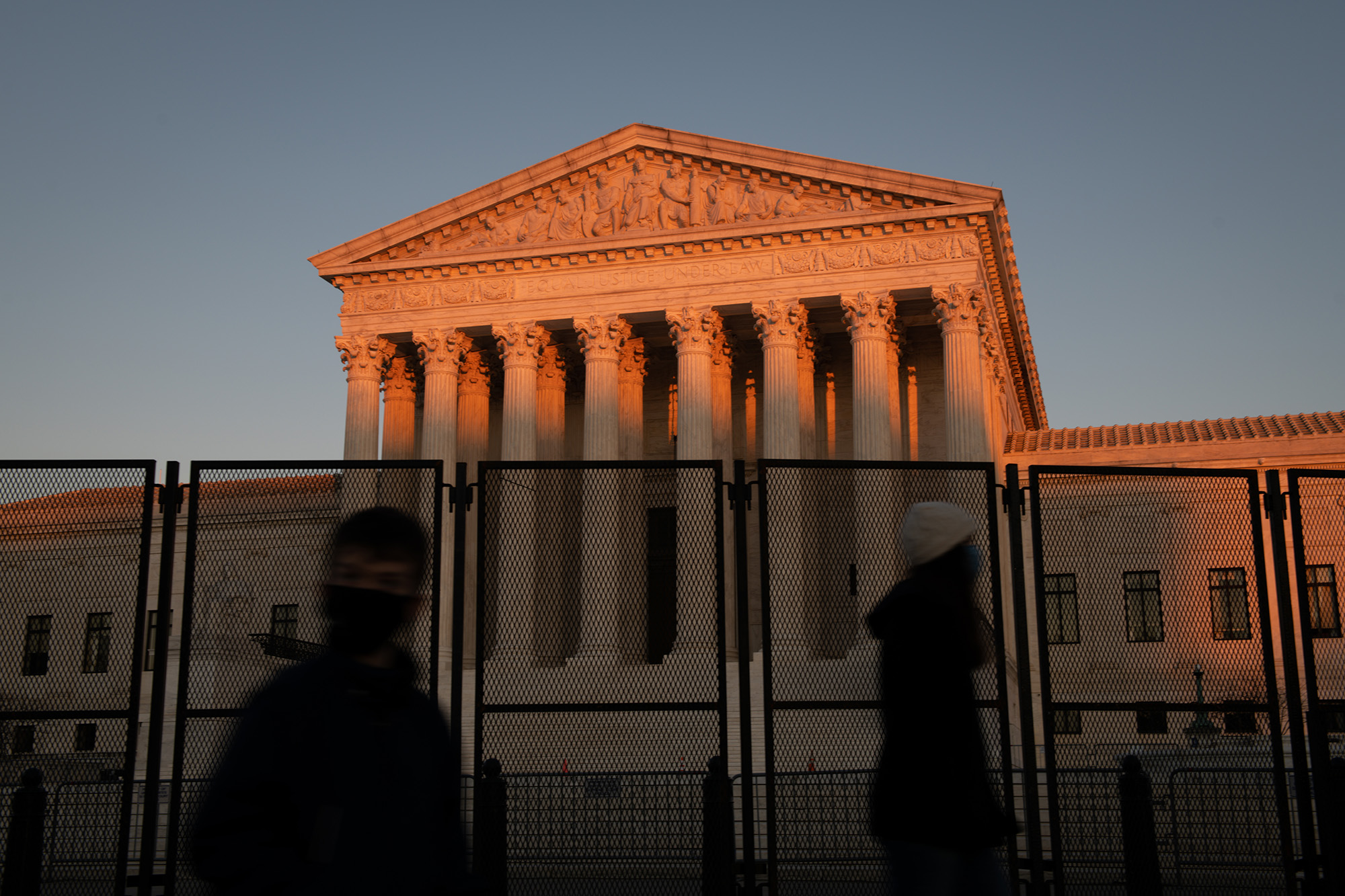 The Supreme Court’s action Tuesday limiting access to an abortion drug highlights its pattern of letting the Trump administration enforce highly charged priorities before legal challenges have been resolved.

The conservative court majority swept aside a lower court injunction and reinstated a requirement that women prescribed mifepristone, to end a pregnancy in its early weeks, pick up the pill in person despite the Covid-19 pandemic.

With President Donald Trump having just a week left in office, the justices’ decision in the abortion-drug case stands for one of the last of a four-year pattern that allowed, among other Trump agenda items, a limit on transgender people in the military; funding for a wall at the US southern border; and a new rule disadvantaging green-card applicants who seek food stamps or other non-cash public benefits.

All of these cases emerged from the justices so-called “shadow docket,” involving government requests for high court intervention after a lower court judge blocked a Trump policy but before a legal challenge has been fully aired and resolved.

They were decided along ideological lines, with the right wing prevailing. And they all demonstrated that while the Trump administration is ending with a mixed record at the Supreme Court on cases fully argued and briefed, it has largely succeeded on “emergency” requests for early intervention.

A question for the months ahead is whether the high court under Chief Justice John Roberts, and more lopsidedly conservative than it has been in decades, will be similarly ready to let any challenged policies of the Democratic Joe Biden administration go forward.

Prior Trump disputes, such as over his diversion of funds to pay for the wall along the southern border or to make immigrants who apply for food stamps ineligible for green cards, were resolved by 5-4 splits. But in this first abortion case since the October succession of conservative Justice Amy Coney Barrett for the late liberal Justice Ruth Bader Ginsburg, the vote was apparently 6-3.

The court often does not make clear the precise votes among the nine, in these cases decided without full briefing and oral arguments. On Tuesday, only the court’s three remaining liberal justices, Stephen Breyer, Sonia Sotomayor and Elena Kagan, announced their dissenting votes.

Roberts, concurring in the decision to reinstate the Trump regulation, emphasized deference for an administration.

“The question before us is not whether the requirements for dispensing mifepristone impose an undue burden on a woman’s right to an abortion as a general matter,” Roberts asserted. “The question is instead whether the District Court properly ordered the Food and Drug Administration to lift those established requirements because of the court’s own evaluation of the impact of the COVID-19 pandemic. Here as in related contexts concerning government responses to the pandemic, my view is that courts owe significant deference to the politically accountable entities with the background, competence, and expertise to assess public health.”

Sotomayor stressed the “substantial” burden on women and violation of their constitutional right to end a pregnancy.

In the abortion-drug case, as in previous “shadow docket” disputes, Sotomayor has targeted her conservative colleagues’ willingness to accept the administration’s arguments.

Last year, when she objected to the court majority’s lifting of an injunction against the new Trump policy for green-card applicants, she suggested the majority was unfairly benefitting the administration over other litigants who request speedy intervention and stays of lower-court orders.

“It’s hard to say what is more troubling,” she wrote, “that the Government would seek this extraordinary relief seemingly as a matter of course, or that the Court would grant it.”

In Tuesday’s dispute, the American College of Obstetricians and Gynecologists had sought a Covid-19 exemption from the FDA mandate that women needing the drug mifepristone (taken in the first 10 weeks of pregnancy to induce a medication abortion) obtain the drug in person from a hospital or other medical office and sign a disclosure form.

Last summer, a US district court judge blocked that requirement, saying that forcing women to travel to a hospital, clinic or other medical office would impinge their constitutional right to abortion. The Supreme Court first declared that women have a right to end a pregnancy in 1973, with the Roe v. Wade decision. That landmark has been affirmed times since then, by narrow votes in courts less conservative than today’s.

In their appeal, Justice Department lawyers emphasized that the regulation covering medication abortions did not affect surgical abortions. “The challenged safety requirements impose no obstacle whatsoever to other commonly used and generally accepted methods of abortion,” they wrote, “and thus cannot be said to construct a substantial obstacle to the abortion right.”

Sotomayor’s dissent ran 12 pages and recalled prior instances when Sotomayor has derided the Trump administration position and the conservative majority’s endorsement of it.

With evident sarcasm, she referred to the administration’s stance that if women cannot pick up the medication for an early abortion, other options exist. “What rejoinder does the Government have to the possibility that refusing to suspend the FDA’s in-person requirements for mifepristone during the COVID–19 pandemic will cause some women to miss the 10-week window altogether? No cause for concern, the Government assures this Court, because even if the FDA’s in-person requirements cause women to lose the opportunity for a medication abortion, they can still seek out a surgical abortion. What a callous response.”

Addressing Roberts’ position about the importance of deferring to the FDA, she insisted, “There simply is no reasoned decision here to which this Court can defer.” She said administration health officials had failed to document why women must continue to pick up mifepristone in person when the administration has exempted many other drugs because of pandemic health risks.