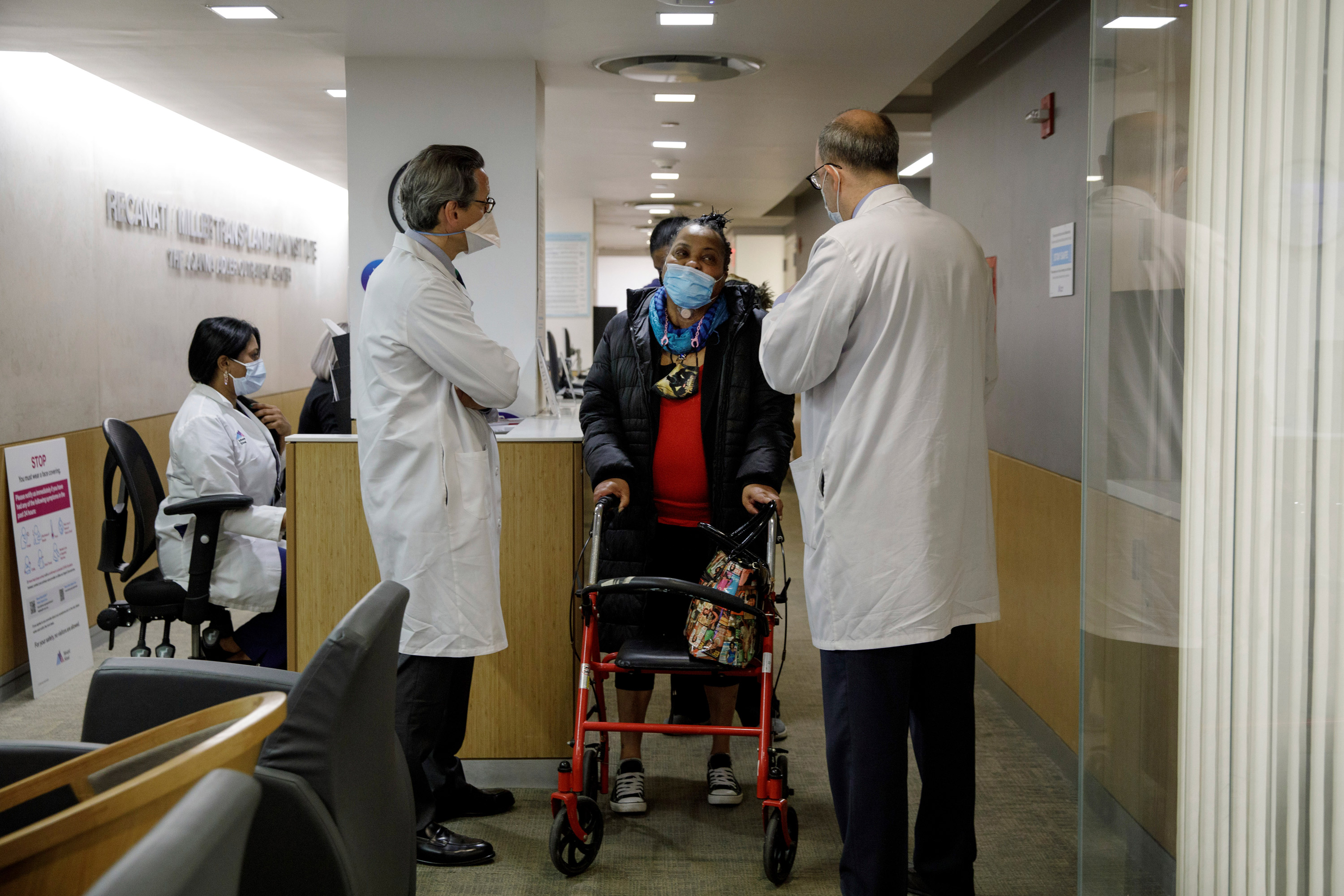 After years of struggling to breathe and fearing she might suffocate in her sleep, Sonia Sein says she feels well enough to dance around with her grandchildren after undergoing the first-ever human trachea transplant at Mount Sinai in New York.

“For me, it felt like right after, I was able to breathe. When I took that first breath it was heaven,” said Sein, who had the life-changing surgery in January.

The 56-year-old former social worker’s trachea was damaged in 2014 when she had to go on a ventilator because of a bad asthma attack.

Sein went through multiple surgeries in hopes of correcting the problem, but that caused even more damage to her airway. She breathed through a surgically created hole in her neck called a tracheostomy and had a long tube that ran down to her lungs.

“I thought my breathing being less productive. It took a lot out of me to breathe,” the Bronx resident told CNN.

The trachea, or windpipe, is the tube that connects the larynx to the lungs and is essential for speaking, breathing, and normal lung function, according to a news release from Mount Sinai.

It’s much more complex than it sounds and for decades, medical experts thought transplants would be impossible, according to Dr. Eric Genden, the surgeon who led the Mount Sinai transplant team.

Genden has been researching long-segment tracheal transplants for 30 years — a quest he says began when he was in medical school.

“Even as a student, it was odd to me that we could transplant kidneys to reconstruct and transplant livers and even hearts, but there was no way to transplant the trachea,” Genden told CNN.

The biggest obstacle was figuring out how to get blood to the donor trachea because of the organ’s complex structure of tiny blood vessels, he said.

Genden’s research found that larger blood vessels — about the size of a strand of spaghetti — in the esophagus and thyroid gland could provide blood flow to the donor trachea.

The surgery took about 18 hours and about 50 specialists, including surgeons, nurses anesthesiologists, airway specialists and residents.

Genden said they are monitoring Sein closely and she’s shown no signs of rejecting the new trachea.

“She’s actually done incredibly well, frankly, better than we ever thought she would,” Genden said. “What’s really interesting is is that her cells are growing into the donor trachea. So the donor trachea is slowly becoming her own.”

That means they could eventually be able to cut down on the amount of treatment needed to suppress her immune system to prevent rejection.

Genden said Sein can now eat and breathe normally after the transplant. She still has a port in her throat, so doctors can insert a probe to look at transplant, but Genden said they would be able to close the hole in a few weeks.

Sein said that she tried to stay active before the transplant, but it was hard because she would have to clean and suction her breathing tube to keep it from getting clogged. She used a ventilator at night when she slept, but always feared that she might have a clog and not wake up.

She began researching trachea transplants after her previous doctors said there was nothing more they could do for her.

“I was angry, so I started researching, because I thought they should be a transplant for a trachea if they’ve got transplants for everything else,” she said. And that’s how I found Dr. Genden.”

She said she had considered going into hospice if transplant wasn’t an option and even drew up the paperwork in 2015.

“They didn’t see a good outcome and I didn’t want to have my family suffering with dealing with me being sick all the time,” Sein said.

Genden said the transplant could provide new hope to patients, who’ve had trachea damage caused by burns, congenital defects and extended stays in the ICU — including people with severe intubation damage after Covid-19.

“It’s not a quality of life treatment,” Genden said of the transplant. “This really is meant to be a life-saving operation for the most critically ill.”

Dr. David Klassen, chief medical officer for the United Network for Organ Sharing, called the transplant a “really exciting development,” but said it is still an experimental, research procedure and there is a lot to be learned about the long-term outcomes.

“This is an exciting start, but I would emphasize that it is only a start, Klassen said.

Officials did not release details about the donor, other than an organ procurement group saying the individual “chose to give the gift of life.”

Sein says she’s been going to physical therapy to get strong and can get up and down the steps a lot better than she used to.

“I’m able to breathe, take a good breath, and I’m able to play, you know, run around with my grandkids and stuff like that, that I couldn’t do before, she said.

Sein said she’s looking forward to the weather warming up, so she can go to the park and play on the swings with her nieces.